A new beginning with a plan to conquer!

“Originally formed in 2012, Kal-El’s star has been firmly in the ascension for some time following a progression of impressive and highly sought-after releases on labels such as Setalight and Argonauta. With three albums already to their name – 2012’s Pakal, Astrodoomeda (2017) and last year’s critically acclaimed, Witches of Mars – the band are set to release new album Dark Majesty in 2021.”

After being premiered on Norwegian Radio Rock, Comèta is now available in Bandcamp, and on your favorite streaming service from the 15th of May.

We can’t wait to work with Majestic and hopefully we’ll come to a spaceport near you in 2021.

May the Fourth be with you all!

As you might now we’ve been rocking hard at the studio and on that note, we will be releasing a new single this Thursday on Radio Rock here in Norway at 3.30 pm Norwegian time.
The song will also be available for download on our Bandcamp from Friday.

Cometa music video will be released on the same day at 666MrDoom YouTube channel, so keep your eyes peeled!

DOOM on and May the fourth be with you.

New members and a new album.

Sorry for not posting for a while, been busy dooming and fuzzing!
But we got some fun news for all of you fuzzheads.
We got some new members in our family.
As you might now Roffe and Liz had to leave the band because of personal reasons!
So I hope you give a warm welcome to Doffy (Guitar), Uncle J (Bass) and El Josh (Guitar).

With this new line up with two guitarist and a hard hitting heavy bassist we’ve been making some hard doomy tunes, can’t wait to share with you guys!

Our new album Witches Of Mars is also out now on every platform you find music! Be sure to check it out and don’t forget to see the live version on our video page here.

It’s on! We are touring the U.S westcoast with Wizzerd!

Get ready for a heavy psyched out musical odyssey with fuzz pedals set to kill! 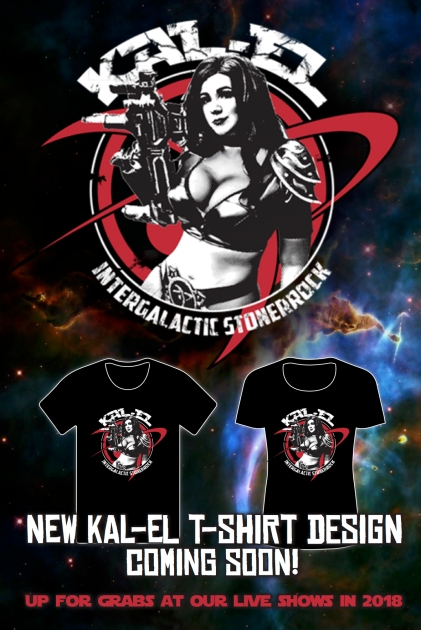 Made our very own Liz by Sister Shotgun Design, and featuring “Mica The Bounty Hunter” personifyed by N1njag1rl.

Yes, this can be yours! Already 76 music lovers preordered it and will have their names printed on the graphic, now we need you! Only 24 copies to preorder within December 22nd. Join us!

Join us to reach 100 pre-orders and make this space-beauty available on vinyl! 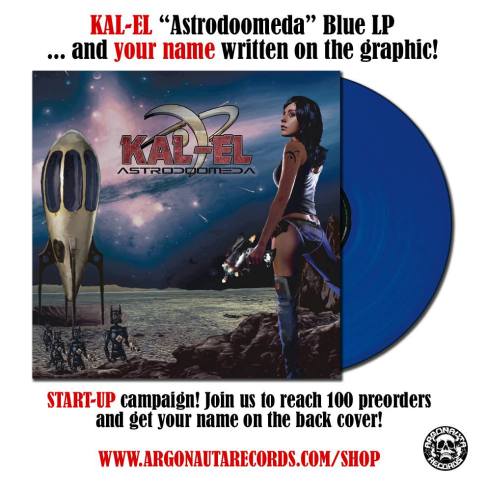 1. ALL NAMES DOING START-UP PREORDERS WILL BE PRINTED IN THE GRAPHIC!
2. Limited edition to 300 copies.
3. Release date: March 30th, 2018.
4. START-UP preorders run from today to December 22nd, 2017.
5. When not reaching the target, all preorders will be refund within the end of the year.

You can check start-up preorders status (updated each 24 hours) on article page in the e-shop.

This weekend we are playing last and wrapping up Into The Void Festival!

Get ready for a heavy spaced out musical odyssey, with fuzz-pedals set to kill! This weekend!

Next Week we are sharing stage with the man himself; Brant Bjork!

Check out our new musicvideo “Code of The Ancient” from our new album Astrodoomeda !! Enjoy!

Get your copy of Astrodoomeda from Argonauta Records!

We’re excited to announce that our third album Astrodoomeda is finished and will be released 25th of August! Pre-order the CD at Argonauta Records!

Spacecraft will be featured on the new album Astrodoomeda, and the video was made by our good friends at Megabite Productions. Check it out!

We are very excited to announce that our upcoming album Astrodoomeda will be released on Argonauta Records in 2017!

Get your Kal-El fix!

More shows added here, and a couple of videos here!

The wait is over, Ecosphere will be available for digital download 22nd of August.

We are proud to announce that we have signed a deal with Setalight Records on the release of Ecosphere!